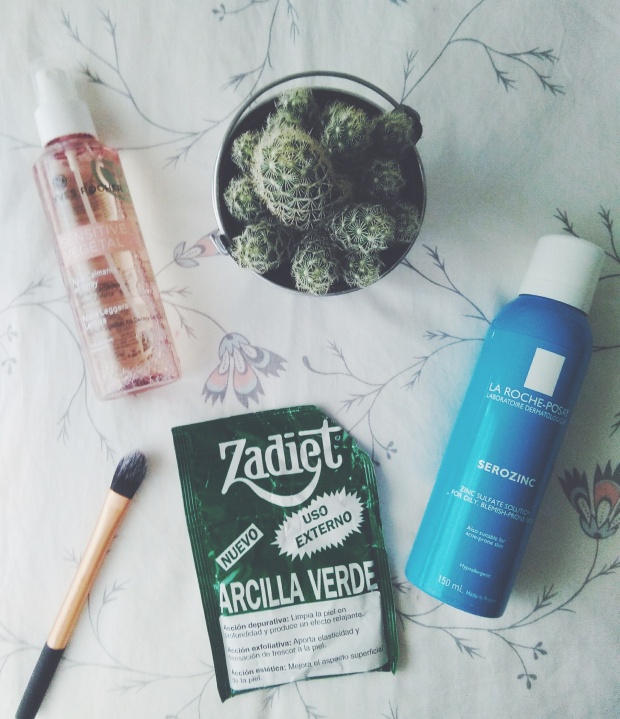 My first attempts of planning an adult life consisted of becoming a successful scientist with a chic and modern studio in the city centre. I was really holding onto that idea until high school, where I started studying chemistry and the first cracks of that ideal life started to appear..

Now you know, I was not the best at chemistry -but I kind of rocked at physics- and any chances of me becoming a genius suddenly disappeared, but the vocation is still there. Prove is, the other day I decided to put on a custom detox mask mixing some green clay along with some Yves Rocher Thermal water -sounds pretty genius to me, I don´t know. Both of them are awesome on themselves but mixed are literally amazing, making my skin bright and even. For a deeper cleanse, I´d use the La Roche Posay Serozinc toner. Sometimes, if I´m really feeling the pampering sesh I mix the green clay with some honey (great to kill bacteria) or some other hydrating masks I have around. In fact, anything works.

I mean maybe I should not brag about this, but it´s probably the best mix and match since someone decided to add pineapple to a pizza -yes I´m one of those people that loves both of them together, AND I´M PROUD.

What´s your go to beauty DIY?