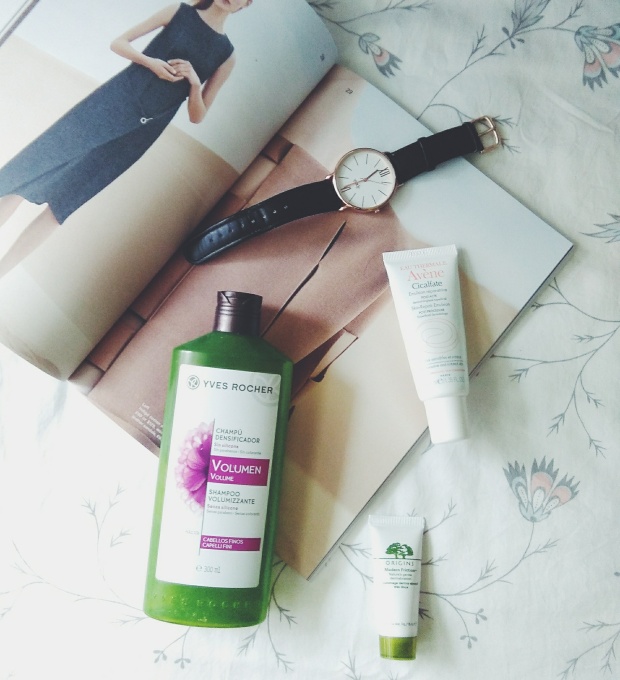 The fact that this is just the second “empties” post in the blog makes me wonder, 1: I´ve been a lazy cat and haven´t been using any products lately or 2: I´ve been very tidy and have indeed been using stuff but just dusted it when they were over..

I would say though, I am a beauty hoarder and like to keep a lot of things around just in case. That cute little sample bottle from six months ago will still be sitting on my shelves even if it´s nearly used up. Things just work like that. And it´s hard for me to let things go, simple.

I´ve been using this little Origins Modern Friction Exfoliator but only because I didn´t have anything else around. I´ve just come to the conclusion that I prefer the all time known honey and sugar scrub than anything else I have tried, and this one in particular makes my eyes so itchy after I use it. A clear no. Wouldn´t repurchase again.

When I came back from Malta my skin had a terrifying diva attack and was dry, seeking for some help. Luckily I had my Avène Cicalfate Skin Repair Emulsion, a light but incredibly moisturizing cream for sensitive and irritated skin. It´s a miracle in a bottle, leaves my skin feeling good and non-tight. Would repurchase again.

On my hair I´ve been using all of the products. I came back home to a hundred of shampoos I left and now I have to give them a go. The first one has been the Yves Rocher Volume shampoo, which is not my favourite but at least it leaves my hair quite soft and shinny. Wouldn´t repurchase again.

So, that´s me. I like collecting empty stuff and I´m not even sorry.

What´s the last thing you used up?