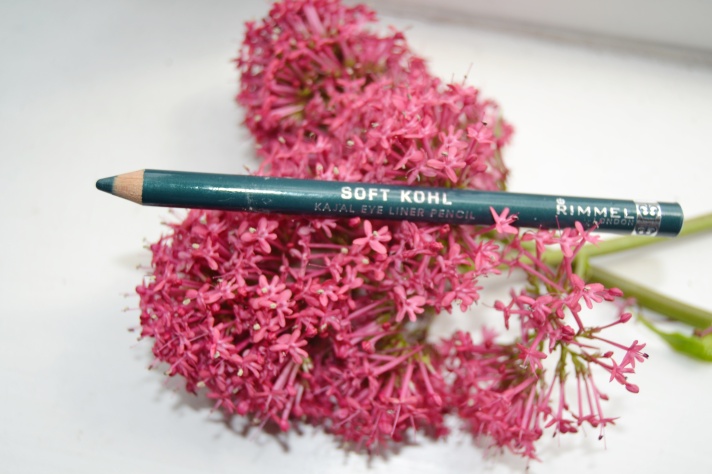 For years I have been wondering why on earth I didn’t inherit my granddad’s green eyes. They were beautiful and I was always rather jealous of them. Now, years later, me and my plain brown eyes fight for a little attention and there is where the green eye pencil starts to play..

A couple of months ago something hit me and I decided I needed a green eye pencil. As I wasn’t very sure on what the result would be like, I decided to pick the Soft Kohl Eyeliner in Jungle Green from Rimmel which turned to be ah – mazing.

It’s a kind of emerald green, not too dark, not too light, so there is no chance to end up looking like a 90’s girl trying to be a Spice Girl. It goes on very smooth, and it’s so easy to apply. It makes brown eyes pop and more noticeable, if that’s even possible. It’s great if you are tired of your usual liner and want to try something a little bit more risky than just the typical brown.

It has basically become a make up staple in just a few days. Also I know this might not be the most accurate description, after way too much black liner on my waterline in my teen years I kind of let go of eyeliners a little bit until recent days.

I don’t really have only one way of wearing it, I sometimes only work my way up to the water line whereas other times I also attempt to do a bit of a winged flick –see the stress in attempt. It stays put although there might be a little smudging in the waterline which I personally don’t mind. I then proceed with some coats of mascara. So. Much. Love.

Can this be the beginning of a new era for my ordinary (but beautifuuul) brown eyes? We’ll see..